Kampot Pepper is regarded as the ‘best pepper in the world’. It has received Protected Geographical Indicator status (PGI). This puts Kampot Pepper on the same footing as other ‘appellation of origin’ brands like: Champagne, Darjeeling tea, Cognac etc. 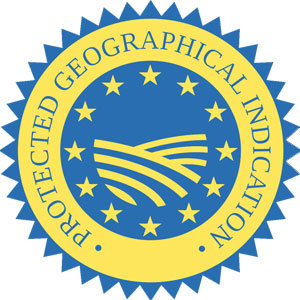 Kampot pepper comes in four varieties:  green, black, white and red, all from the same plant (Piper Nigrum). The local climate offers perfect conditions for growing pepper and the quartz content of the soil i helps to give Kampot Pepper its unique flavour. The growing conditions are only one of several elements of importance to the production of Kampot pepper. Knowledge of pepper cultivation and production has been handed down from generation to generation since at least the 13th century and was first described by Chinese diplomat Zhou Daguan when he visited the area during the height of the Angkor Empire.

We offer three of the four varieties. We intend to offer the green peppercorns next season.

Green Pepper can be harvested at anytime and is used as an accent for many foods in Cambodian cuisine. The green fruit has a fresh citrus flavour and is less spicy than the dried varieties.

Black pepper is harvested once some of the fruit begins to ripen (turn red). The green fruit is hand picked, sun-dried for two to four days and then hand-sorted by size. Black pepper has a deep, strong and slightly floral flavour with hints of eucalyptus and mint. It can range from mildly sweet to very spicy.

Red pepper. The ripened red fruit is left on the vine for an additional four months before being harvested, dried and hand sorted. Red pepper is sweeter and less spicy than the black but its flavour is more rounded, delivering a powerful fruity aroma

White pepper comes from dried red peppercorns. The fruit is soaked in brine for five minutes and sundried. The outer skin is rubbed of by hand to reveal the white inner core. This is the most delicate of peppers and carries notes of fresh herbs and lime. White pepper is used in French pastry and has even been used to make ice cream.